The molecule that carries our genetic information is called DNA. It consists of only 4 chemicals, also known as 4 bases: Adenine (A), Thymine (T), Guanine (G) and Cytosine (C). Fascinatingly, our whole genetic information is stored in a unique combination of only  A, T, G and C. These 4 bases have a specific order in the molecule of DNA and form a very long chain. The whole human genome contains 3.2 billion bases. 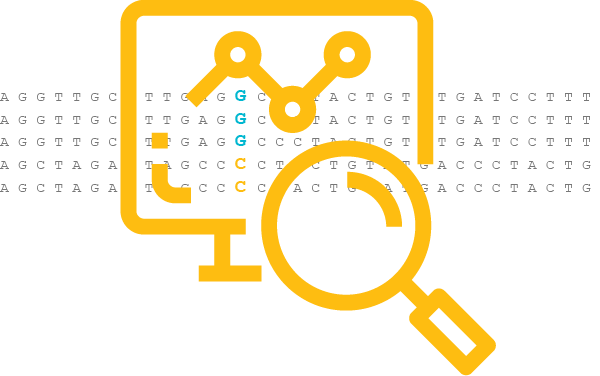 DNA sequencing is the process of determining the sequence of DNA. It results in a text file containing strings of letters A, T, G and C. Sequencing of the organism’s whole DNA is called whole genome sequencing. The whole genome sequence fundamentally represents our complete genetic information. With sequencing, researchers can make comparisons between normal and disease-causing versions of the same gene. After the order of bases in both versions of a gene in known, it is possible to identify which changes in the gene are causing the disease.

Sequencing of the entire genome is a complex task, nonetheless. It requires breaking the DNA of the genome into a number of very small pieces, sequencing those pieces, and assembling those sequences into a single long chain. The Human Genome Project, a major international initiative aimed to determining the sequence of bases that make up human DNA, took around 13 years to be completed. However, thanks to new technologies that have been developed over the past two decades, genome sequencing is now much faster and less expensive than it was previously. Current technologies allow for sequencing the whole genome of an individual in less than 48 hours.

The emergence of fast and inexpensive sequencing technologies has opened new major prospects for biological and biomedical research and applications. It is the bases for personalized medicine, aimed at treatment based on individual’s personal needs and genetic predispositions.